The best way to get familiar with dbwql is by using the Dbwql console, accessible from the “Help” -> “Dbwql console” menu in the dbWatch Monitor. 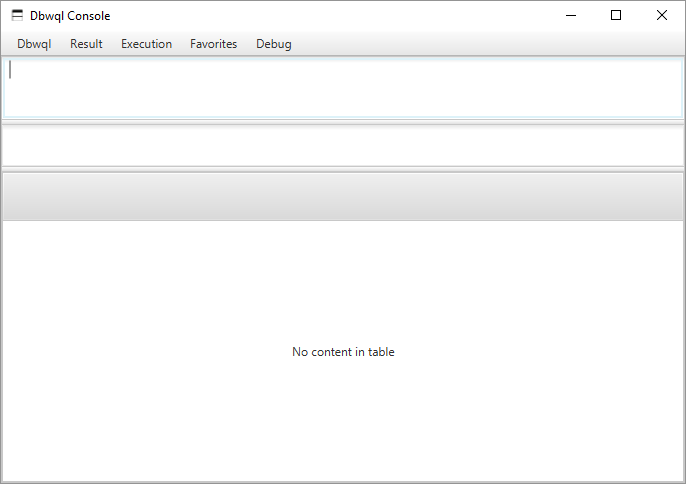 The start entity is the entity representing the dbWatch Server.

If you type server/ in the debug console and hit the tab key, you will see all the entities and values that are available from the server. 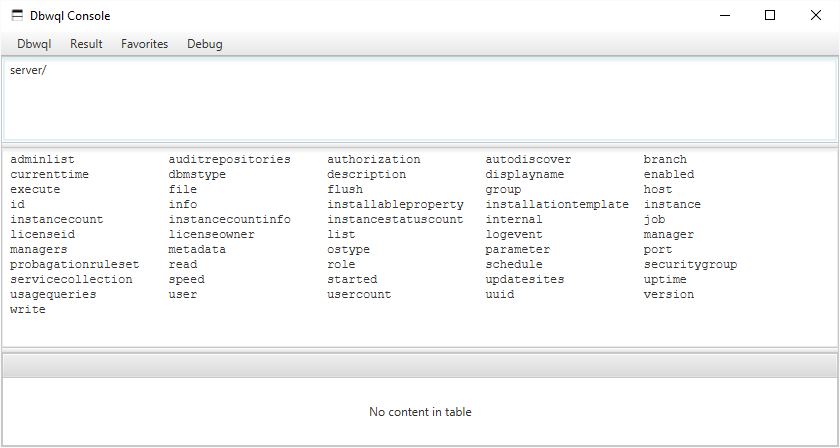 For example one of the choices is instance. Type server/instance, and you will see that a list of all your registered instances appear in the result area. 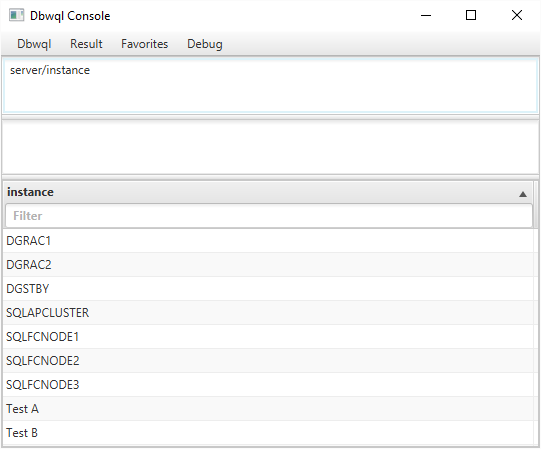 Specifying server is optional, so just typing “instance” will produce the same effect. 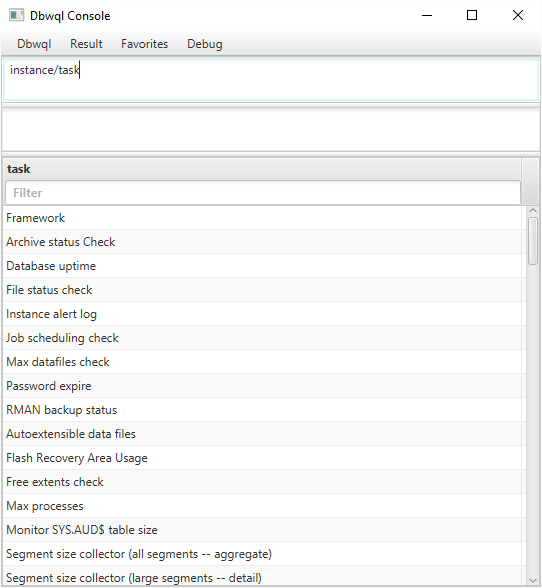 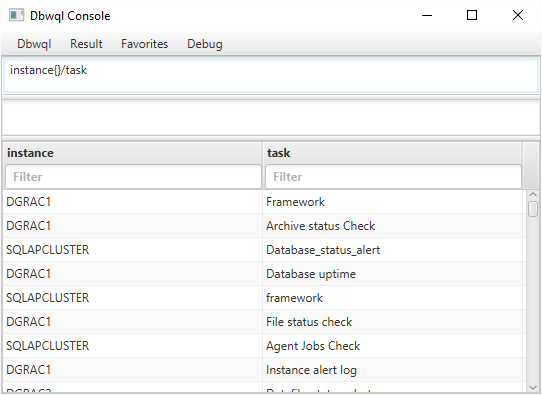 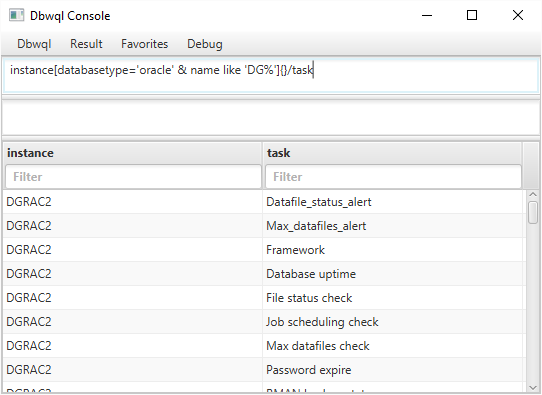 For example if we want to list the name and status for all alerts on an instance we need to put the alert in an anchor in order to reference it two times. 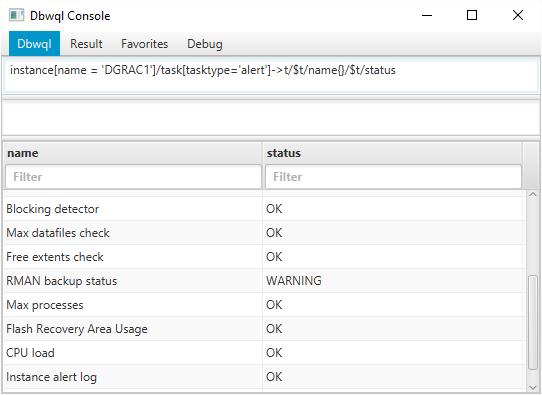 As you can see above, we place all the task (of type alert) belonging to the instance called “DGRAC1” in an anchor called t, then we can use $t later in the query to reference the task.